Starting New Year Is a Sizzle For Kareena Kapoor 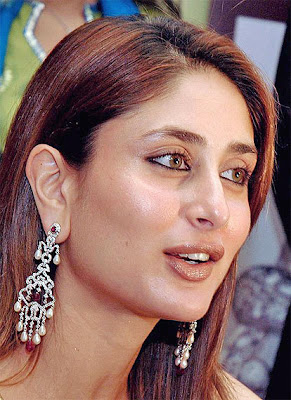 Reveals a source, “Kareena will feature on the front page of the January issue of GQ India, where she will be seen wearing a red satin gown and sporting a trendy short bob.”

Others to have grazed the covers of GQ have been the beautiful Monica Belluci , the scintillating Beyonce, Hollywood’s sexiest Megan Fox, and the lovable Jennifer Aniston and now joining the ranks of these is Bollywood’s Czarina Kareena Kapoor.

Be it haute couture or ethnic chic there is no denying that Kareena Kapoor is the fashion icon of the season.
source
vào lúc 1:31 PM