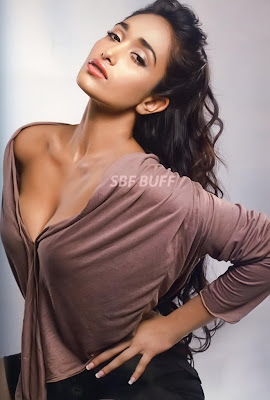 Ken Ghosh admits he had loud arguments with Shahid Kapoor on the sets during the shooting of Chance Pe Dance.

But it had to do with Shahid’s suddenly-saturated schedules.

Says Ken, “For the first time in his career Shahid was doing three films at the same time-Kaminey, Dil Bole Hadippa and my film Chance Pe Dance. Naturally there was a conflict of interest.” Ken admits there were loud arguments over Shahid’s schedules. “I’d ask for three days. He would have only one day to spare. I’d naturally be upset. Then understandably, Shahid wanted time off.

He couldn’t be seen on my set straight after shooting for one of the other two films. This naturally led to heated arguments. For me as a director it was okay to come on the sets without sleep. But Shahid had to catch up on his resting time.  Or the dark circles would have shown on camera. And since Shahid is fair-complexioned those dark circles would be even more visible.”

The last thing that Ken wanted was for his hero to fall ill. “Priyanka Chopra had to be hospitalized because of overwork and exhaustion. I didn’t want Shahid to go through the same experience.” The effort has been worth it for both Shahid and Ken. “Shahid’s dancing in Chance Pe Dance is the film’s mainstay. But his performance is not just about dancing.

Some of the things he has done with in the dramatic scenes took me by surprise. Shahid has brought subtle expressions into scenes which I didn’t catch while shooting. Only during editing I realized what he had done.” Ken Ghosh who introduced Shahid Kapoor in Ishq Vishq five years ago admits the actor has changed. “Isn’t change inevitable? We all evolve with time. Shahid is no exception.”

So are the stories of a rift between the two true?

Ken doesn’t deny the fact that there were heated arguments and fights during the making of Chance Pe Dance. “But they were all for the betterment of the film. See when Shahid did his first film Ishq Vishq with me he only had that film on hand and was able to give me his full attention.
source