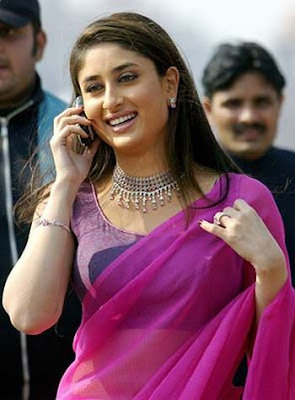 Kareena Kapoor has been signed for a whopping Rs 7 crore by Shree Ashtavinayak Cine Vision Ltd for their next, Golmaal 3, directed by Rohit Shetty. A source says, “Kareena hasn’t given any hit last year except 3 Idiots and has raised many eyebrows for being signed for the exorbitant amount.

While Bollywood actors are slashing their prices to cope with the recession, it is surprising how much the industry is paying the actresses. Even A-list actors are not being offered such a huge amount.”

It is learnt that Kareena will be the only heroine in the film as she has made it very clear that she does not want to work in multi-heroine projects. And why not? After the success of Jab We Met and the critical acclaim she received, Kareena’s career graph rose.

Reportedly she was paid Rs 2.5 crore for Kambakkht Ishq and little more for Golmaal 2 . The source continues, “After Golmaal 2 proved to be a hit, director Rohit Shetty only wanted Kareena in the film and convinced the producers to sign her. Moreover, the Kapoor lass has never been a part of sequels, so to make her sign this film, she was offered and signed for a huge amount.
source
vào lúc 1:31 PM