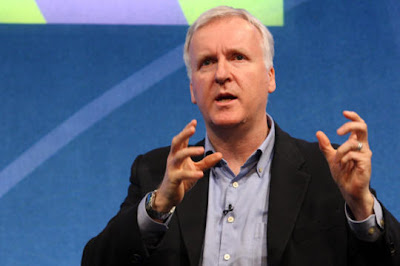 "It makes Titanic look like a picnic," Cameron has said recently during an interview from Los Angeles.

Even Cameron, finds it hard to describe the hugely ambitious Avatar, which is made in stereoscopic 3D and combines live action and computer animation. "It’s simultaneously the most vexing and the most rewarding type of production that I’ve done yet," Cameron says of the project, due in theaters Dec. 18, 2009.
source
vào lúc 1:31 PM