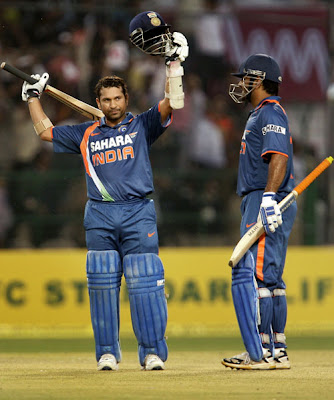 At the end of match with completing double hundred he said: “It feels good that I lasted for 50 overs, a good test of my fitness. I’d like to bat another 50 overs at some stage and see that the fitness level doesn’t drop,” Tendulkar said after his effort helped India take a unassailable 2-0 lead in the series. “The ball was coming onto the bat and I was striking the ball well. So when everything falls into its place, it feels nice. It was one of the innings where I felt I was moving well. Since I was timing the ball well, I could be more aggressive and put pressure on the bowlers.”