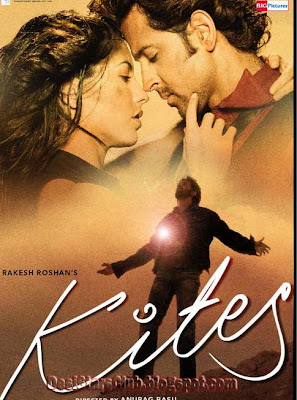 Kites is a latest bollywood movie. kitesIt’s been four years since the father-son duo of Rakesh Roshan and Hrithik Roshan wowed us with their sci-fi thriller Krrish. Now, the duo returns again with Kites, though this time Roshan senior is only producing. Anurag Basu of Metro and Gangster fame directs the flick. 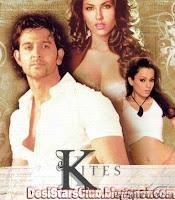 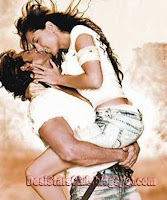 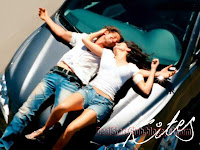 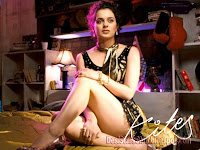 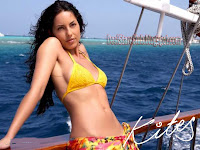 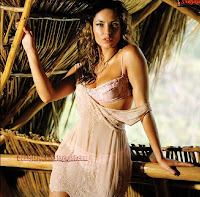 KITES is a unique Bollywood film in a number of ways, not the least of which is the fact that a reworked English language version, designed to extend the reach of the original, will be launched in select engagements one week later. Entitled KITES: THE REMIX, it is being presented by Brett Ratner, who oversaw its creation. In the States, KITES: THE REMIX will be released in association with Mark Urman's Paladin, and will open in several major markets, including New York and Los Angeles, for the Memorial Day holiday weekend beginning May 28th (one week after the Hindi version release).
Sharp direction by Anurag Basu of GANGSTER and LIFE IN A METRO fame is something to look forward to. Music Maestro Rajesh Roshan's music, who is known for his superhit music in KAHO NAA PYAAR HAI and KOI MIL GAYA, makes it to the number 1 spot again. And the music is out. After instantly lovable Zindgi Do Pal Ki and Dil Kyun Yeh Mera promos, I was excited for the full soundtrack. And Rajesh Roshan does not disappoint at all. Penned by Nasir Faraaz and Asif Ali Beg, songs of 'Kites' are something, that is different from the regular stuff. And that makes it instantly likable to me.
Smooth vocals of KK does it again. Zindgi Do Pal ki keeps you haunting after repeated listening. A standard Rajesh Roshan song with fusion of Sitar and Guitar strings. I didn't expect the song will be pacey as it is. Still I loved it.
Continuing vocal bliss, KK comes again with Dil Kyun yeh mera. A love ballad starting with soft strings later becomes heavy by electric guitar riff. Instantly reminds me of Anurag's earlier movie Life in a Metro. Where Pritam created same magic.
Stars Casting:

Hrithik Roshan as J. - Orphaned in childhood, he's learned to live by his wits and charming good looks. Loves the good life and is not averse to doing a shady deal or two for those few dollars more. He's a salsa teacher who makes one wrong move - he falls in love.

Barbara Mori as Natasha - Beautiful, illegal immigrant in constant fear of discovery and deportation. She's desperate to make her fortune in the USA any which way; including getting married to a rich man. Then she discovers love and throws caution to the winds.
Kabir Bedi as BOB - Powerful and wealthy casino owner. Just one phone call from him is enough to get the entire police force of the state on the road to hunt for the man who's stolen his money, his daughter's heart and his son's fiance.
Kangna Ranaut as Gina - She's a spoilt, little, rich girl, used to getting what she wants and what she wants now is her salsa teacher J - as her husband.
Nick Brown as Tony - Gina's rich and ruthless brother. As the son of a casino owner in Las Vegas, he's to the manor born. He's obsessed with power and the beautiful Natasha.
With the release of the music of ‘Kites’, T-series and Big Pictures roadblocked 40 television channels to promote its music at the prime time. The makers are leaving no stone unturned to ensure the success of the movie, and music plays a major role in it. But as one expects it to be extraordinary or mind-blowing, ‘Kites’ musical score fails to match up with expectations.
vào lúc 9:58 AM