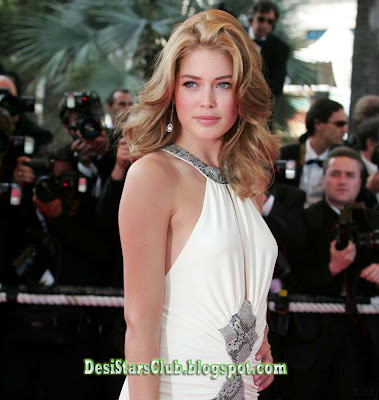 Kroes was born in the town of Eastermar, in the province of Friesland, the Netherlands. After graduating high school (HAVO), she sent snapshots to modeling agency Paparazzi in Amsterdam.
Modeling career

Kroes has been featured on the covers of Time, Vogue, Harper's Bazaar, Seventeen, Elle, Marie Claire, Glamour, W, Avantgarde, Dazed & Confused and Numéro. She also appears regularly in the Victoria's Secret catalog and walked the runway of the company's fashion show in 2005, 2006, 2008 and 2009. Kroes's campaigns include Gucci, Tommy Hilfiger, Escada, Dolce & Gabbana, Valentino, Versace, Hugo Boss, Guerlain, Bottega Veneta, De Beers, Escada, GAP, Gianfranco Ferre, and Neiman Marcus. She has walked in numerous shows, including Bottega Veneta, Christian Dior, Christian Lacroix, Dolce & Gabbana, Dsquared2 Fendi, Jean Paul Gaultier, John Galliano, Louis Vuitton, Marc Jacobs, Roberto Cavalli,Shiatzy Chen, Prada, Valentino, and Versace.
In 2005, Kroes was selected as "Model of The Year" on Vogue.com by readers and was featured on the cover of the May 2007 issue with Hilary Rhoda, Caroline Trentini, Raquel Zimmermann, Sasha Pivovarova, Agyness Deyn, Coco Rocha, Jessica Stam, Chanel Iman, and Lily Donaldson as the new crop of "supermodel."Along with several of these models, she appeared in the 2008 Pirelli Calendar.
In 2006, the documentation Praat mar Frysk about Kroes' life as a model was released. It documented Kroes' first time at Milan Fashion Week and her thinking about the modeling industry. Director was J.J.M. Jansen.
In July 2007, earning at an estimated total of $4.9 million in the past twelve months, Forbes named Kroes fourteenth in the list of the World's 15 Top-Earning Supermodels. In April 2008, she soared to the fifth position, with an estimated income of $6 million. In May 2009 Forbes named Kroes fifth again in the list of the World's 15 Top- Earning Supermodels.
Kroes also is in the official Frisian provincial campaign for the West Frisian language which is her mother tongue. Doutzen Kroes received the Lifetime Achievement Award, part of the Dutch Model Awards, in Amsterdam on May 12, 2009. The jury praised her achievements at her age.
At the end of August 2008, Victoria's Secret confirmed to People magazine that Kroes was to be the newest Victoria's Secret Angel. Her first campaign as the brand's newest Angel is "Supermodel Obsession", alongside Adriana Lima. In September 2009, she signed to be the new face for Swiss cashmere label Repeat for two years.
In the Amsterdam branch of Madame Tussaud's wax museum, there is a wax figure of Kroes. As of November 2009, she writes a monthly column about her life for the Dutch edition of 'Marie Claire.'Currently, she is signed by DNA Model Management.
In February 2010, Kroes returned to the catwalk during fashion week for Prada with fellow Angels Alessandra Ambrosio and Miranda Kerr. Prada was praised by former editor-in-chief of Glamour, Cosmopolitan and Marie Claire magazines, Bonnie Fuller in her blog for using a curvy model such as Kroes for the fashion show.
Personal life

She has been romantically linked to Lenny Kravitz's cousin, hip-hop DJ Greg Andrews (DJ Ruckus). However, on August 20, 2009, Kroes admitted that their relationship had ended and that she was single. Since her break-up with Andrews, she has been dating DJ/rapper Sunnery James. The two were first spotted together at the Veronica Sunset Grooves Festival in Hoek van Holland.