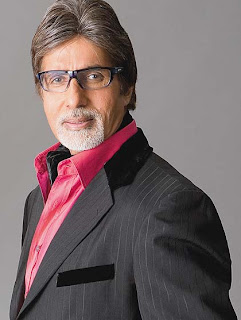 The Big B’s workaholic nature is by now a well-known fact in the industry. The past week has been exceptionally hectic, even by his own standards.Little wonder then that Mr. Bachchan dozed off at the felicitation ceremony on Saturday at Chennai at Sathyam cinema where he was honored by all the film federations of Chennai.

At the end of the evening the Big B had 24 shawls to bring back from Chennai. A burden he was ill prepared for, considering he had gone with only a day’s baggage to Chennai.When asked what he would do with the massive haul of 24 shawls the Big B replied, “I’ll give them away to the needy.”But the shawls were least of the Big B’s burdens in Chennai . Extreme exhaustion finally caught up with him when he dozed off in his hotel before the felicitation ceremony and woke up thoroughly disoriented, not knowing where he was.Director Balki who was with the Big B says, “He was fine. He finally had some sleep. You’ve to understand that this is no ordinary human being. Amit ji is a miracle. He can continue working non-stop without sleep.

Last week he was running around getting the premiere in place. Then on Friday morning he left to shoot for Bigg Boss without any sleep after the premiere. After shooting the entire day in Lonavla he attended the Bombay Times party and then on Saturday early morning he left for Chennai. At an age when a lot of us will be in a rocking chair he is still rocking.”Rocking is all very fine. But those close to the Big B feel he is again overdoing his work schedules and needs to slow down, fast.Says a person very close to the Big B, “After two major health scares recently Amit ji has refused to slacken his pace. Except for the break he took to be with Amar Singh in Singapore earlier this year he has been working round the clock.”