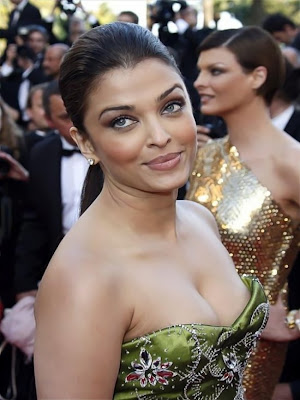 Be it Salman Khan or Vivek Oberoi to name a few, Aishwarya Rai Bachchan has been colliding with former lovers for quite some time. It seems all of a sudden she has been meeting her beaus suddenly. Of course the film fraternity is also a round world and people keep meeting each other for good or bad.

She met Salman Khan at the Mehboob Studios and the best thing neither of them reacted. Aishwarya completely ignored him and acted as if he did not even see him. Salman on the other hand was quite normal before her arrival. But the moment she arrived he became serious all of a sudden. After this it was Vivek Oberoi’s turn.

He met Aishwarya at the premiere of the Hollywood movie Avatar. He was so flabbergasted that he left the theatre immediately. Amidst all the rush and confusion he forgot to return his 3D glasses that people are supposed to return after the movie! A word of advice to Aishwarya from us is that honey, take care of the Bachchan Bahu tag. Keep up with the family name and just be the way you are. This will automatically shoo away all the unwanted people in life.
Source