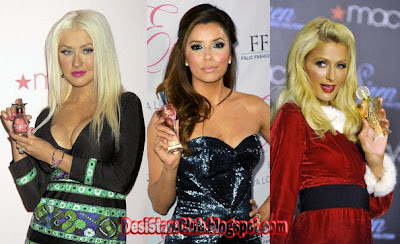 Not more than a few decades ago, legendary actress Elizabeth Taylor was the only Hollywood type with a successful fragrance to her name. These days she’s facing quite a bit of competition, however, as everyone with a hit single, film, or television show licenses a concoction in her own name. Who do you want to smell like?
Beyoncé Heat 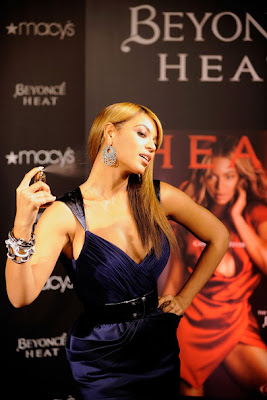 Beyoncé Knowles launched her signature scent, Heat, in February 2010. The fragrance, which retails exclusively at Macy’s, broke sales records within the first month of its release, probably because of the scent’s catchy tagline: “Catch the Fever.”
Eva by Eva Longoria 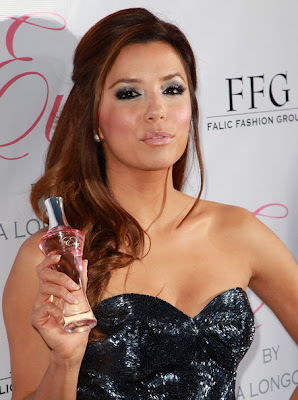 Eva Longoria Parker claimed a lifelong allergy to almost all fragrances inspired her decision to launch a scent of her own: Eva. Eva calls it a “day fragrance” that reminds of her of a shower fresh feel.
Jennifer Aniston’s Lolavie 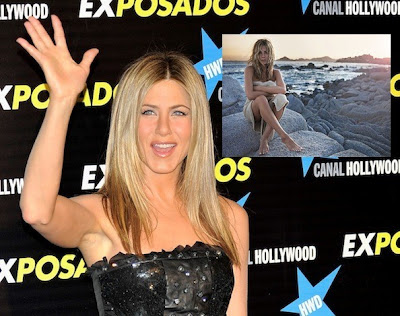 Jennifer Aniston says her reasons for naming her debut fragrance Lolavie are “too personal” to reveal (probably because Brad Pitt-related speculation works to her advantage). Aniston’s will debut in the UK in June 2010.
Christina Aguilera’s Inspire 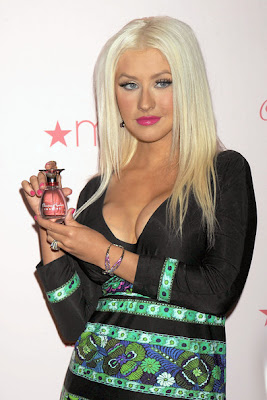 Christina Aguilera has released several fragrances abroad, but only one of them, Inspire, has been a hit stateside. The fruity fragrance was launched exclusively at Macy’s.
Paris Hilton’s Siren 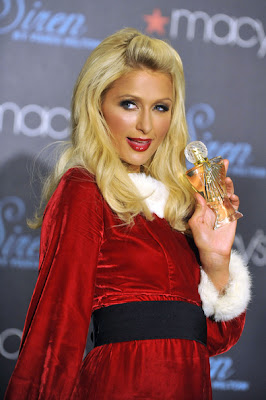 Licensing and endorsement queen Paris Hilton has launched six signature scents, the most recent being Siren, a floral scent that features a cheesy Hilton mermaid on its packaging. She’s also had success with fragrances Paris Hilton, Just Me, Heiress, Can Can, and Fairy Dust, all of which probably smell like the inside of a Claire’s boutique.
Power by 50 Cent 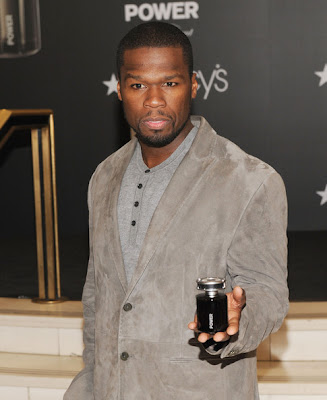 The celebrity fragrance game is not limited to the ladies. Rapper 50 Cent launched his debut cologne, Power, in late 2009, promoting the fragrance with a bevy of in-store appearances. The so-called “smell of success” has green citrus notes and a woodsy base.
Heartbreaker by Jenna 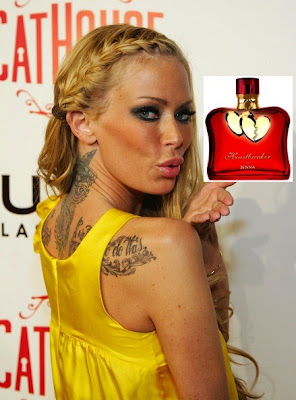 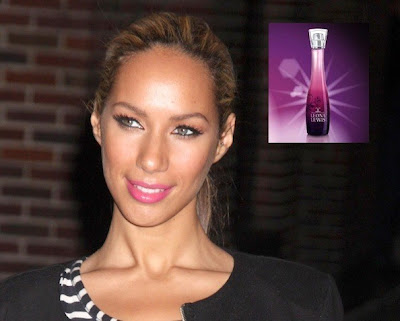 Animal-lover and vocal vegetarian Leona Lewis launched her eponymous fragrance in July 2009, proudly marketing it as an “ethical fragrance.” Unfortunately for Leona fans, the scent hasn’t been released in the United States.
Gwen Stefani’s L 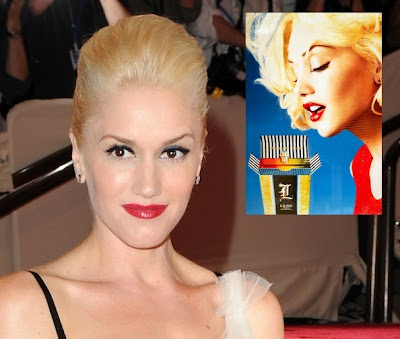 Gwen’s “light and fresh” perfume was a total hit when she launched it in 2007. We’re guessing the commercials—which featured Gwen emerging from a pool to the whisper of “I want you all over me”—helped sales quite a bit.
Celine Dion’s Pure Brilliance 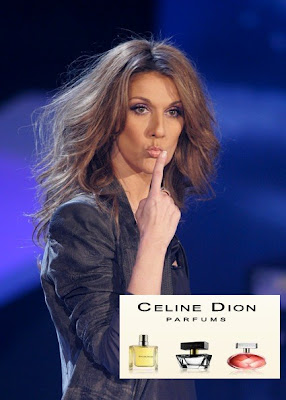 Canadian crooner Celine Dion may no longer be at the top of the charts, but she’s at the top of the celeb fragrance game. Dion has a slew of affordable fragrances in drugstores, thanks to a lucrative licensing deal with Coty. Her latest, Pure Brilliance, will likely be a hit; she’s already generated $850 million in global retail sales.
Ashanti’s Precious Jewel 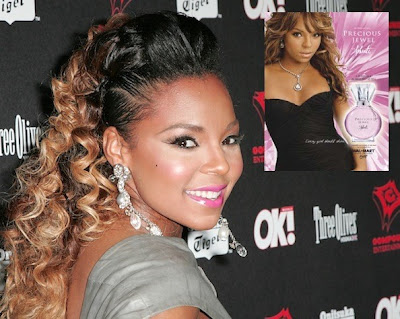 Ashanti launched her signature scent, Precious Jewel, in the mid-2000s. The singer’s music career has since cooled, but the scent can still be found online for less than $6.
Britney Spears’ Curious 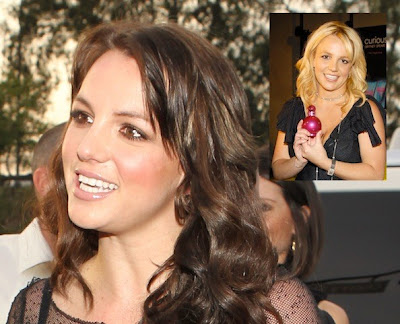 It’s hard to believe, but pop star Britney Spears was still generating a significant amount of income throughout those shaven-head, public breakdown moments a few years ago thanks to her licensing deals. Spears’ Curious, Fantasy, Curious: In Control, Midnight Fantasy, Believe, Curious Hearts, Hidden Fantasy, and Circus Fantasy have all sold well, perhaps because they were named by someone with a vocabulary of 5 words.
Carlos by Carlos Santana 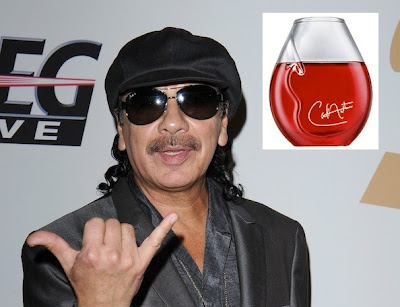 Legendary musician Carlos Santana needed a fragrance to match his successful line of ladies’ shoes. Enter Carlos by Carlos Santana, which hopefully smells nothing like one of the man’s concerts. An Amazon.com reviewer wrote of the scent, “What can I say spicy just like me and I get a lot of play because of it!!!”
Halle by Halle Berry 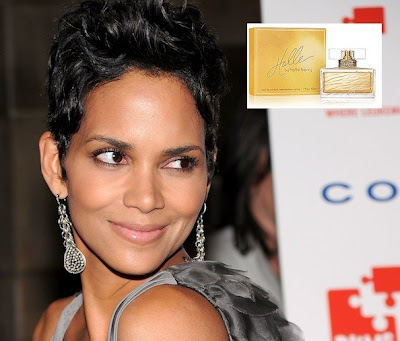 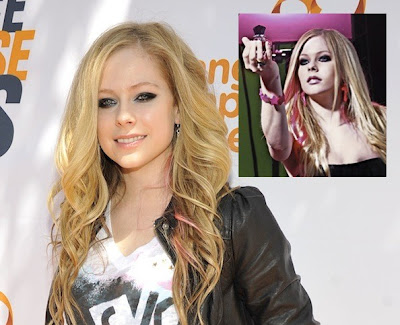 Canadian pop singer Avril Lavigne hasn’t had a hit song in years, but that doesn’t mean she can’t have a hit fragrance. Her scent is clearly aimed at the Hot Topic tweener crowd, and judging by its international distribution, there are still plenty of emo kids who want to smell like Avril.
Via zimbio
vào lúc 9:58 AM