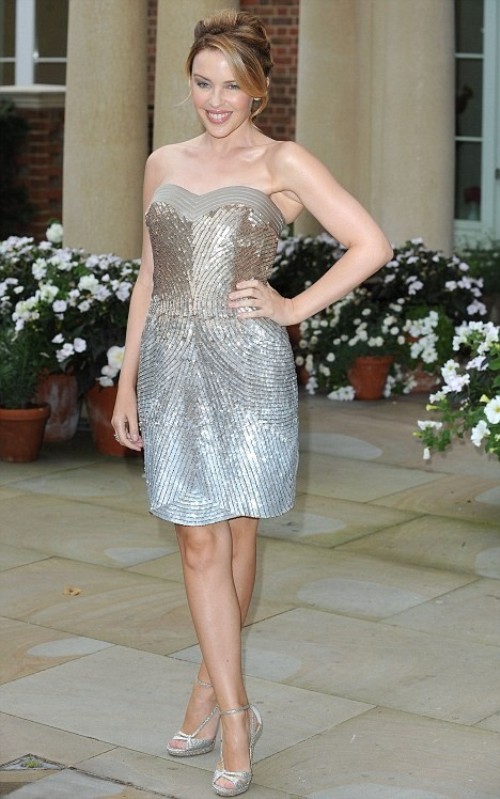 Kylie Minogue is an Australian pop singer, songwriter, and actress. You know the housing market is in difficulty when even a pad with the cachet of having belonged to a pop princess is struggling to sell. It’s a lesson that Kylie Minogue is learning the hard way after having to slash the asking price of her multi-million-pound London flat.
The maisonette, situated on the top two floors of a mansion block, was placed on the market for £4.5million earlier this summer. However, with no takers by the beginning of this month, the price was reduced by £500,000 on Wednesday afternoon. Click on read more option to see more photos......
It is now on sale for £3,950,000 – a reduction of more than 12 per cent.
The flat was refurbished to Miss Minogue’s exact specifications by renowned interior designers and developers Candy & Candy five years ago.
The refit alone was said to have cost £2million.
As the sparse furnishings show, Miss Minogue has already moved out. According to neighbours, the star wants to live in a house rather than a flat.
The service charge for the apartment block – which added up to £9,000 a year – may also have been an irritant.
Miss Minogue, 42, is believed to have bought the Kensington flat in the early 1990s.
She used to share it with her brother Brendan, who moved back to Australia in 2002. 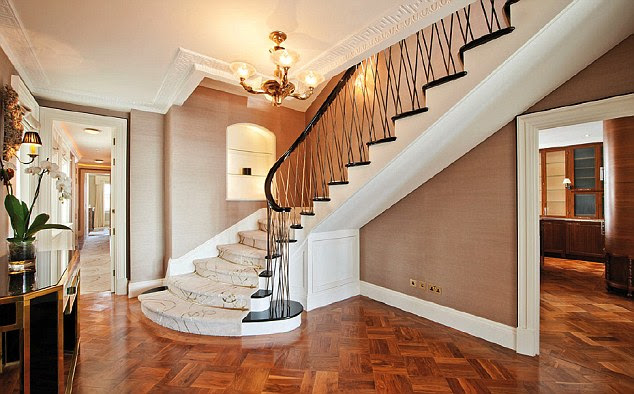 A stairway to Kylie heaven: The sweeping staircase in the popstar's home 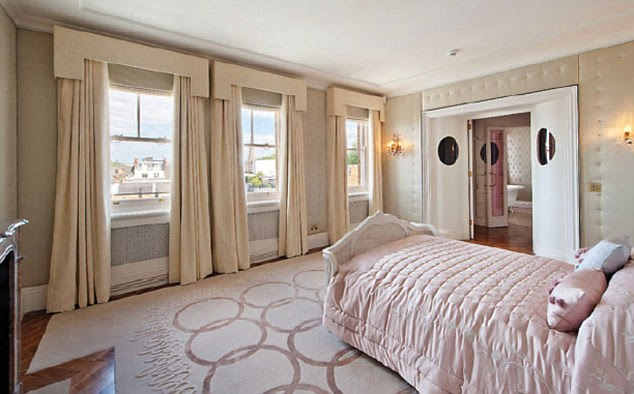 Scenic view: One of the four bedrooms with its view of the neighbourhood 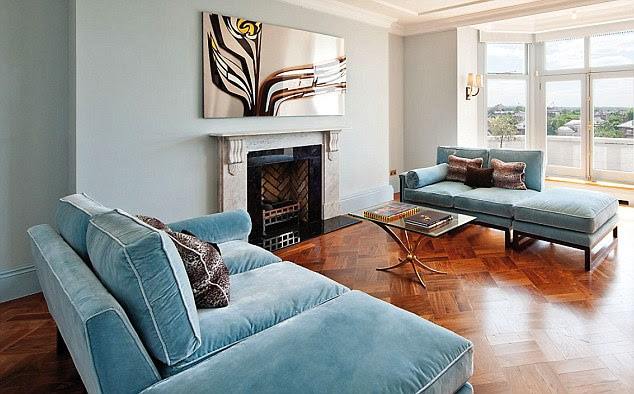 Flooded with natural light': Kylie's maisonette has a spacious lounge with its fireplace 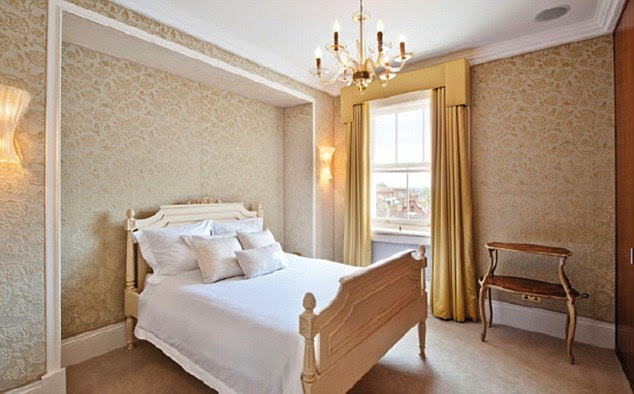 A bed fit for a pop queen: One of the four opulent bedrooms in the former Neighbours star's home 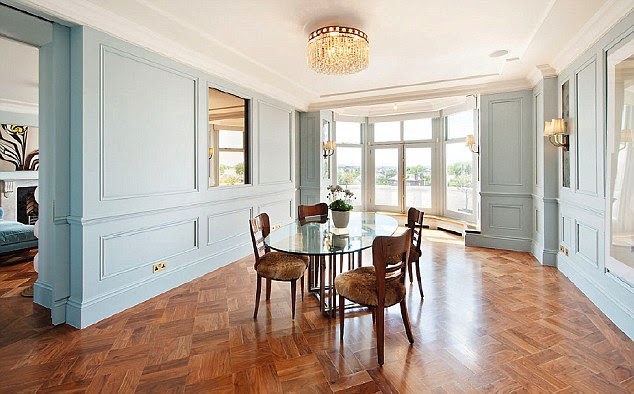 'Breathtaking': Potential buyers will be disappointed to see the flat so sparsely furnished - Kylie's already moved out 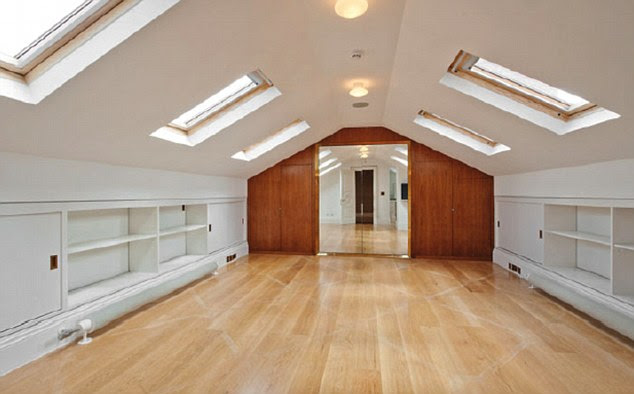 You could practice the Loco-motion: Kylie's dance studio is the perfect place to perfect your 'I'm Spinning Around' routine
Miss Minogue also used the top floor loft room as a dance studio.
The singer has been in the U.S. recently but friends say she has no plans to quit the UK and move across the Atlantic full-time.
Instead, she has been looking for a house close by and is said to have already viewed at least one multi-million-pound property.
The former Neighbours actress has also been spending time in Spain, having recently purchased a £450,000 villa on the Costa Brava near the family home of her boyfriend of two years, Spanish model Andres Velencoso, 32. 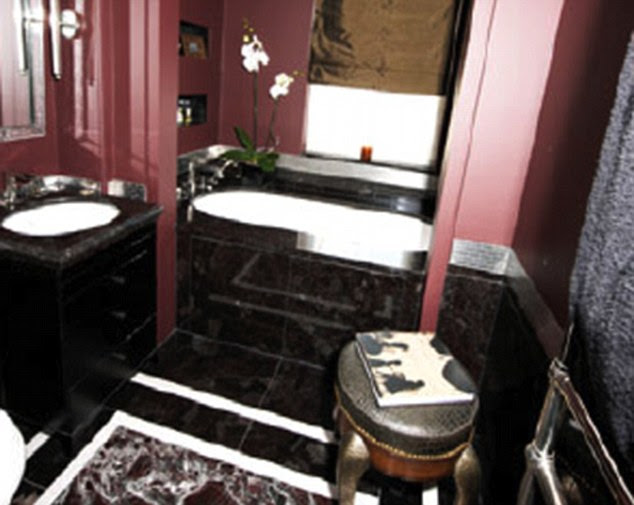 Blowing (expensive) bubbles:The sumptuous bathroom in black marble is one of three in the Minogue household 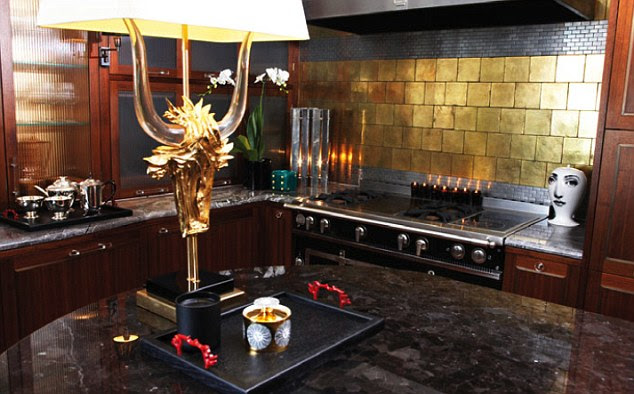 Lavish: Even the kitchen has a glamorous feel to it 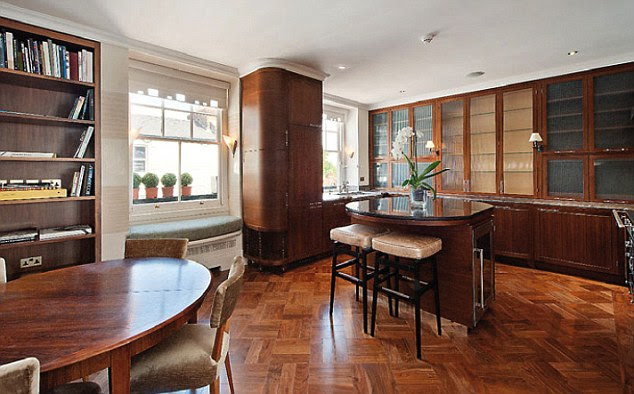 Slashed: Miss Minogue has knocked off thousands of pounds off her asking price