Rise of the footsoldier 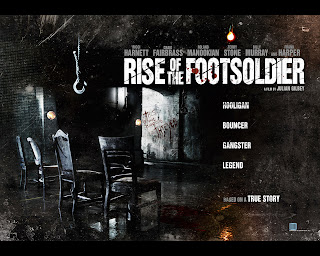 Synopsis: Follows the inexorable rise of Carlton Leach from one of the most feared generals of the football terraces to becoming a member of a notorious gang of criminals who rampaged their way through London and Essex in the late eighties and early nineties. It is three decades of his life following him from football hooliganism, through to his burgeoning career as a bouncer, his involvement in the criminal aspects of the early "rave" scene and subsequently to his rise to power as one of the most feared and respected criminals in the country. In the end, three members of his firm are brutally murdered in the infamous shot-gun slaying at Rettenden.