Linux on iPhone? Its true. 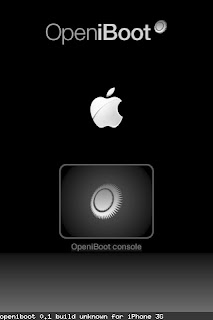 We knew this day would eventually come, but somehow we're still misting up a little -- Linux has been ported to the iPhone and iPod touch. Dev Team member planetbeing is the mastermind in charge of bringing everyone's favorite open-source OS to Apple's handhelds, and while it's a little rough around the edges (read: no touchscreen drivers, sound, or WiFi / cell radio support), it's definitely the first step on the road to hacking nirvana. The team is hard at work, and it even sounds like they're thinking about porting Android in the near future (!), so hit the read link to try it out and lend a hand if you can -- or just head on past the break for a quick vid of the port in all its text-scrolling glory.
vào lúc 8:23 AM