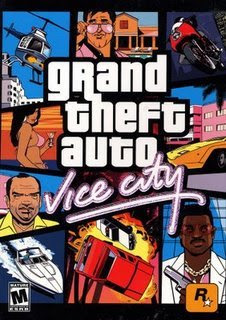 Grand Theft Auto: Vice City for the PC needs no introduction. Not only is this game in many ways better than its amazing predecessor Grand Theft Auto III, but it's also technically superior to the original version of Vice City that was released on the PlayStation 2 a number of months ago. Like GTAIII for the PC, Vice City is identical to the original PS2 version in terms of content, so if you've already played that version to death, you won't find the PC version to be much different. However, the PC version of Vice City does offer enhanced visuals and controls, improved loading times, and a few extra frills. More importantly, it offers the same refreshingly open-ended gaming experience, which has occasionally been reviled for its controversial subject matter, but has far more often elicited much-deserved praise. Simply put, if by some chance you've put off playing Vice City up till now, don't wait any longer.

GTA: Vice City is an excellent follow-up to what was an amazing game to begin with.

To be clear, Vice City is an extension of Grand Theft Auto III, rather than a completely overhauled sequel. That's definitely a good thing, because GTAIII's freestyle gameplay was extremely entertaining and offered tremendous replay value, yet still had more potential. Vice City fulfills a lot of that potential, as it features improved production values (including over eight hours of licensed music and plenty of Hollywood voice actors), new types of drivable vehicles (motorcycles, helicopters, and golf carts), new weapons, better vehicle damage modeling, indoor environments, and more.